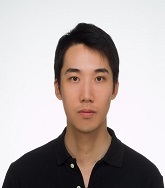 Dr Peter Sapaty (educated in power networks & missile control), Chief Research Scientist, Director of Distributed Simulation and Control, Ukrainian Academy of Sciences, is with networking for 45 years. Except Ukraine, worked in Germany, UK, Canada and Japan as Alexander von Humboldt awardee, project leader, research professor and invited professor, created and chaired special interest group on Mobile Cooperative Technologies within Distributed Interactive Simulation (DIS) project in the US. Invented high-level distributed control technology used in different countries and resulted in a European Patent and two John Wiley books, with the third one in progress. Published more than 160 scientific papers worldwide on distributed system organizations. Current areas of interest: models and languages for coordination and simulation of distributed dynamic systems with application in cooperative robotics, emergency management, command and control, and infrastructure protection. Peter regularly served as workshop organizer, sessions chair, keynote and invited speaker at scientific and defence conferences in the UK, US, Japan, Portugal, Spain, Germany, Singapore, India, and Turkey. His bio is in Marquis Who’s Who in the World and Cambridge Outstanding Intellectuals of the 21st Century.

Professor Eduard Babulak is accomplished Global Scholar, Researcher, Consultant, Educator, Professional Engineer and Polyglot with more than thirty years of experience. His academic, professional and engineering was recognized by the Engineering Council in UK, the European Federation of Engineers, the Ontario Society of Professional Engineers and APEG in British Columbia in Canada. He successfully completed a Higher Postdoctoral degree DOCENT-Doctor of Science (D.Sc.) in the Czech Republic, PhD, MSc and High National Certificate (HNC) Diplomas in United Kingdom, as well as MSc and BSc Diplomas in Electrical Engineering Slovakia.

Prof. Ch. Sanjay had joined GITAM University, Hyderabad as a Founder Campus Director in June 2009 till July 2014. At present, he is Dean and Principal, School of Technology, GITAM University and has been a member of Board of Management and Academic Council since 2009. He is a certified Corporate Director of World Council for Corporate Governance, UK and visited most of the South Asian Countries for Research and presenting papers in various International Conferences. He has more than 24 years of experience in Industry, Research & Teaching and had worked four years as a Associate Professor of Manufacturing Engineering and Management at Government Universities in Malaysia and Singapore. He was a key note speaker for more than 40 international and national conferences and a member of advisory and technical committee for more than 60 international conferences and had successfully organized 65 international and national conferences / workshops.

Ryspek Usubamatov completed his Graduation as Professional Engineer, PhD from Bauman Moscow State Technical University and Doctor of Technical Sciences from Academy of Sciences of Kyrgyzstan. He worked as an Engineer-Designer of machine tools at engineering company. He is a Professor at Kyrgyz State Technical University and worked at universities in Malaysia. He has published more than 300 papers in reputed journals, more than 60 patents of inventions in engineering and seven books in area of Manufacturing Engineering. He supervised six PhD and several dozens of MSc students. His research interests include “Gyroscope theory” and “Productivity theory for industrial engineering

Dr. T. Tashtoush is an Assistant Professor of Engineering in Texas A&M International University (TAMIU), Laredo, TX. He got his Ph.D. and M.S. degrees in Systems and Industrial Engineering from State University of New York at Binghamton on 2013 and 2009, respectively and his B.S. in Electromechanical (Mechatronics) Engineering from Jordan University of Science and Technology (JUST), Irbid, Jordan on 2005. Currently, he is the faculty advisor and team lead for robotics and intelligent systems team and the Students Engineering Council in TAMIU. In addition, Dr. Tashtoush is the West Officer for the Corpus Christi Section of IEEE and the advisor and facilitator for the Youth Science Leader of Laredo organization. Throughout his working experience and formal education in multidiscipline of engineering, he acquired a sound knowledge and experience of leading edge engineering principles, tools and practices in the field of simulation and systems design, production quality and management, lean manufacturing principles, robotics and automation, 3D printing processes, engineering statistical analysis, project management, optimization, instruments and electrical devices, reliability, Healthcare Systems, and Human Factors. Dr. T. Tashtoush is Lean Six-Sigma Black Belt certified, he worked at Continental Automation Systems where he implemented Lean manufacturing and Six-Sigma principles, machine production control, preventive maintenance scheduling, and quality monitoring to reduce non-added value actions and increase productivity and the production lines’ throughput.

His research interests lie in the area of systems designs and optimization, production quality, electronics manufacturing, electronics reliability and robotics

Dr. JunHo Oh, Professor in Department of Mechanical Engineering, KAIST was appointed as a Concurrent Professor in ID-KAIST. Professor Oh leads Humonoid Robot Robot Research Center(HUBO Lab) in KAIST since 1985. He is a humonoid robotic pioneer not only in Korea but also over the world with his development of robots; HUBO (KHR-3) designed in 2004, Albert HUBO, HUBO2, and etc. Active interdisciplinary research between ID-KAIST and Hubo Lab is expected with his appointment.

Timothy Sands completed his PhD at the Naval Postgraduate School and postdoctoral studies at Stanford University and Columbia University. He is Associate Dean of the Naval Postgraduate School’s Graduate School of Engineering and Applied Science. He has previously served as Chief Academic Officer, Dean, and Senior Military Professor of the Air Force Institute of Technology. He has published research prolifically in archival journals, conference proceedings, a book chapter, in addition to keynote and invitational presentations; and holds one patent in spacecraft attitude control.

Clive Roberts completed his Graduation in Physics in 1987 and PhD degree in Surface Physics in 1991 at Imperial College. He is currently Head of the School of Pharmacy-University of Nottingham and in the past, he has been the Founder and Director of the Nottingham Nanotechnology Centre (2007-2013). His research is focused on “Improving methods to develop new medicines” and has led to over 300 research publications. He has over 25 years of experience in “Formulation methods supported by advanced nanoscale characterization”. He has aided the development of a number of delivery platforms and medicines with many industrial partners. He has been working on the 2D and 3D printing of solid dosage formulations. He was a Co-founder of Molecular Profiles Ltd (now Juniper Pharmaceuticals) and was Founder of Eminate Ltd, an IP translation company of University of Nottingham.

Randy E Ellis is a Professor at Queen's University at Kingston. His primary Queen's appointment is at School of Computing, and he is also appointed as a Professor in Departments of Mechanical and Material Engineering, Surgery, and Biomedical and Molecular Sciences. He is the Project Leader of a large multidisciplinary group that investigates advanced health-care delivery. He is Fellow of the American Society of Mechanical Engineering and of the Institute of Electrical and Electronic Engineers. He has published more than 300 refereed scientific contributions and served extensively on editorial boards and program committees of major international conferences.

Bogdan Dybala has completed his PhD from the Wroclaw University of Science and Technology and continued for the habilitation procedure, completed in 2014. He is the deputy director of the Centre for Advanced Manufacturing Technologies (CAMT), a research and education group at the University. His research interests include additive manufacturing and reverse engineering, especially in biomedical applications. He has published more than 35 papers in reputed journals and has been serving as a reviewer for journals and funding organizations.